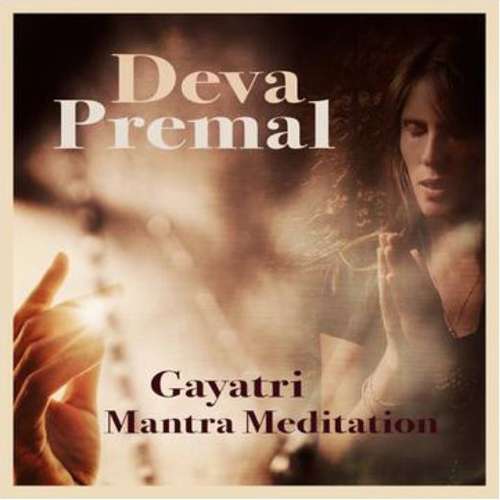 World renowned chant artist Deva Premal offers a special Gayatri Mantra Meditation with 108 repetitions of this powerful invocation of the divine light without and within.

Mantras are ancient sound formulas that use their power to create particular energy responses. They are traditionally chanted in cycles of 108 repetitions, because according to the Vedic scriptures, our physical and subtle bodies contain 108 major nadis, or energy channels. When a mantra is chanted 108 times, that sound vibration fills all of the energy lines and balances them. The more one particular sound vibration is chanted, the more body & mind are tuned to that vibration.

The name ‘Gayatri’ can be translated as the ‘Song of Liberation’. It is said to be the most ancient of the mantras, an indigenous prayer to the sun asking for the enlightenment of all beings. It invokes the radiant source of life itself, purifying our thoughts, words and actions.

The inherent light force of the Sanskrit sounds is universal - just as every living being on the planet lives under the same sun and receives the same light, so the Gayatri shines eternally on our inner path, lighting the way, blessing our journey.

Deva Premal's journey with the Gayatri Mantra began while she was still in her mother's womb, as her parents chanted it to her daily and it continued to be her bedtime lullaby for many years. She featured the Gayatri Mantra on her first best-selling album The Essence, released in 1998, and a long form of the mantra, the Seven Chakra Gayatri, is the centerpiece of her newest release, DEVA.

She has created the new 108 Gayatri Mantra as a foundation for a daily mantra meditation practice, allowing the energy of the 108 repetitions to carry the meditator beyond their usual boundaries to a space of silence and inner peace.