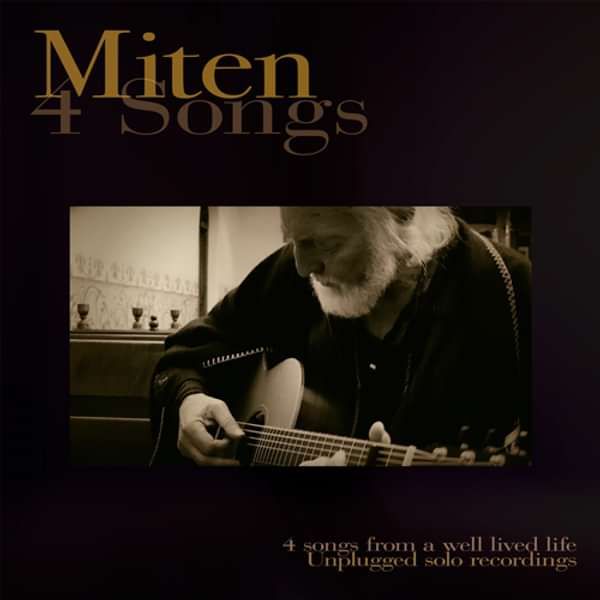 $3.99
Mother Inside
Blown Away
Rivers of Babylon
Watching Your Vision Unfolding

4 Songs From a Well Lived Life by Miten captures magical moments in a small chapel in Peru where Miten was inspired to pick up his guitar and revisit some songs close to his heart – especially moving as this marks the moment when he felt his voice returning after recovering from open heart surgery only a few months before.

The EP features intimate unplugged solo presentations of classic gems from his earlier albums - Mother Inside, Watching Your Vision, Blown Away– plus Rivers of Babylon, a Rastafarian song he first heard during the music evenings at the Ashram in Pune in the 70s, all given new depth and intensity by the beautiful resonance of the chapel, with nearby parrots and a rushing river in the background.

*“We had just waved goodbye to the shamans who’d come down from their homes in the Andes. Together we had shared a mystic journey – a 7-day Sacred Mantra and Shamanic Wisdom programme. Out for a stroll in the late afternoon sun, Rishi and I came upon a beautiful chapel – inside, the space was silent and atmospheric. Rishi had his camera with him, and I was carrying my guitar. Inspired by the sound in the chapel, along with a renewed sense of gratitude after a recent heart operation, I found my voice opening again. Rishi caught the magic." *

“These four songs returned to me, totally spontaneously, like old lovers to be welcomed and embraced. I wanted to share that moment of magic with you, so here it is in all its simplicity, from the chapel in Peru. I hope you enjoy.” – Love, Miten